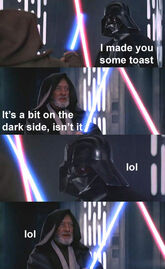 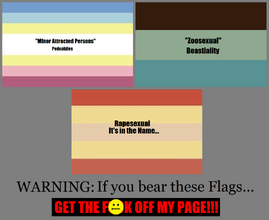 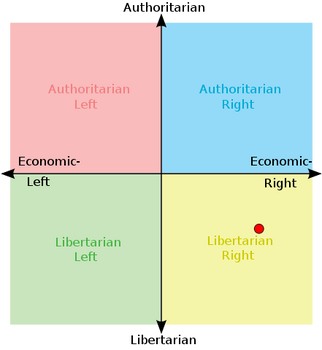 • Pro-Life (the right of the birth of unborn children, even in emergencies)

• Gun Rights (in the case of self defense, hunting, or an overthrow of a tyrannical government)

• Ron Paul and his Son Rand Paul (Heroes of Libertarianism)

• All Lives Matter (This includes every race and ethnicity)

• Gender Equality (All Males and Females are Equal, but are not the same)

• Secularism (Religion and Politics can still exist; However, they should not influence each other)

• Israel (I'm a Judeophile) and Palestine (Yes, I recognize it as an Independent Nation).

• Islam Reformism (The Reformation of Islam from radicalism to moderatism)

• U.S. Constitution (Thou the Original 10 Amendments shall not be infringed or repealed)

• United States of America (Proud to be an American, despite our flaws)

• Barrack Obama (Even though his policies are flawed, I like him personally)

• Left-Libertarianism (Despite their whole Anti-Capitalism thing, We have one thing in Common... We both hate Communism and love the Free Market)

• Black Lives Matter (Although the message isn't harmful, the organization is not good.)

• Vladimir Putin (I dislike him, but he's much better than Stalin)

• ANTIFA (or "Anti-Fascists". Despite it's name, they use fascist tactics to harm or even kill for their cause)

• Corporatism (A Collectivist Ideology where the Corporates are allowed to keep their Companies or Corporations, but they have to support the Government)

• Gun Control / Gun Ban (This does not make Gun Violence "Go Away", it makes the problem worse!)

• George W. Bush (Responsible for the Iraqi War and the Recession of 2008!)

• Terrorism (All forms of it are awful!)

• Slavery (still happening in the Middle East, mostly from Saudi Arabia and Iran)

• NFTs (Non-Fungible Tokens... Destroys both the Environment and the Economy)

• Conscription (or mandatory enlistment to the military)

My Thoughts on Climate Change

I will not deny it, actually! Climate Change is indeed real; However, their are questions about it!

Q: Is it a man-made thing?
A: No. Climate Change can technically occur due to human activity, but this usually happens in China, Canada, The Former Soviet Union, and India; however, Human Activity is not what actually causes Climate Change... It indeed occurs by Natural Causes such as; volcanic eruptions, ocean currents, the Earth's orbital changes, solar variations and internal variability.

Q: Can we stop Climate Change?
A: No... hence it being natural, there is nothing we can do. Also it was proven that we are still in an "Ice Age"... if anything the End of the Ice Age as well.

Q: Is their an alternative fuel / power source?
A: It depends, if the alternative fuel / power source is reliable. Wind Mills are unreliable, due to the fact that it requires wind to generate power, and birds can be harmed or even killed by the wind mill(s). Solar Panels are not the best idea for power either, hence that it can be wasteful when solar panels are partially broken and just tossed away into a solar panel graveyard, which can produce toxic waste. Electric Cars use Lithium and Copper Batteries, which Lithium and Copper are found in Strip Mines, a thing which environmentalists are against. I think that alcohol is the successor of crude oil... but until then, Oil is what we have for now.

So that just answers it... I do agree that Climate Change is real, but there is nothing we can do to stop it, hence it being natural.

What I think of Ideologies

Classical Liberalism: The good ol' classic, yet reliable variant of Liberalism and The Father of Libertarianism... One of the Greatest Ideologies Ever!

Modern Conservatism: A Modernized and Moderate Version of Classical Conservatism. One of the Greatest Ideologies Ever!

Mutualism: A Valid Form of Anarchism. Sure this idea opposes capitalism in general, but it does love the Free Market! They also oppose Communism, something I do a lot!

Anarcho-Capitalism: Another Valid Form of Anarchism. I don't use this ideology a lot and it's not usually practical, but I recognize it as a beneficial idea.

Centrism: Likes and Dislikes both sides... I Respect!

The Ideologies that I have mixed views for...

Classical Conservatism: Monarchies use this.

Ideologies that I Hate!

Left-Wing and Right-Wing Fascism: One of the Worst Ideologies! Benito Mussolini and Giovanni Gentile deserved to go to in Hell!

National Socialism... AKA, Nazism: A Third Position Ideology... Violated millions of people's rights and have ruined millions of people's lives by taking them to somewhere they don't want to go and killing them for all the wrong reasons! Therefore, they are NAP-violators and is one of the Greatest Enemies of the Free Market! Hitler did Everything Wrong!!!

National Bolshevism... AKA, Nazbolism: Nazism, but it's Left-Wing!

Alt-Rightism and Alt-Leftism: Neo Nazis and Neo Stalinists are awful! These Two Ideologies Simp for Stalin and Hitler alike!

Militant Islamism/Sharia Law/Jihadism: A Violent form of Islam where the Quran is always right and everyone else is wrong... ISIS, Al Qaeda, and Hamas are responsible for Terrorism! Screw this Ideology!!!

Imperialism: Imperialism is bad folks, do not support this!

Corporatism: A Capitalist Version of Collectivism! Big corporations can be just as exploitative! (not only to the free market but to people's lives) as an authoritarian government! Corporatism renders Economic Prosperity, completely impossible to achieve!

Anarcho-Communism / Anarcho-Collectivism: An oxymoron; you need a state to enforce communism. This ideology is just Communism and Authoritarian-Socialism, but enforced by the majority.

Anarcho-Fascism: What... Just- What... Ya think I'm stupid?! This is a damn Oxymoron! Anarchism and Fascism don't mix!

Hoppeanism or Pinochetism: This is Not Anarchism nor Libertarianism! Throw People out of Helicopters!?!? That's not "based", that's disturbing!

Community content is available under CC-BY-SA unless otherwise noted.