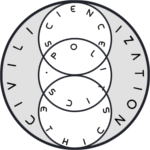 The Second Renaissance is a futurist series written by American engineer and writer Sean McKnight (Ynot1989). He began creating this series in 2007 and reworked it over the course of years to its current form. The Second Renaissance chronicles the next century of politics and war, science and technology, culture and history through the lens of realist forecasting via high concept sci-fi. Originally envisioned as a Utopian sci-fi universe, the series has evolved into a brutally realist look into the next century and beyond.
This scenario started out as a project on the Future Wiki, but has since evolved into a fully fledged scenario on its own wiki Today it is an extremely expansive scenario dwarfing even the largest of scenarios still contained inside the wiki.
Retrieved from "https://future.fandom.com/wiki/The_Second_Renaissance_(Portal)?oldid=260584"
Community content is available under CC-BY-SA unless otherwise noted.