Billings, Montana has become an industrial city when automobile production moved to Billings in 2024. The city went through more urbanization changes in 2035. Tampa Bay Buccaneers moved to Billings at the Billings Sports Complex in 2041. It became the 16th largest city in Canadamerica, and there are plenty of jobs there. Montana's farms were more northern as the city included urban agriculture facilities like Windroit. R.R. Corporation is the largest company that operates its company in Billings. Since the small city has grew, and got a larger population. It is one of the largest cities in the United States, and pretty successful.

Billings has been a pretty small city in the beginning of the 21st century. By the end of the century, Billings population increased 35% more. American families were moving to more safer cities, and Billings had a low population. While Muskegon (Michigan) also had a low population, it had a hard time attracting new people because of the toxic waste legacy of General Motors.

In the 2120 census, there were 2,596,729 people in the city of Billings. There was a major difference in the city since the 2000 census. Little Rock, Billings, Boise, and Birmingham are small cities in the United States of Earth who's population will increase over time. Urbanization of areas around Billings began occurring. Big cities began building, and conventional farms became extinct. Billings became the new Denver, while Denver replaced Phoenix. There were more good-paying jobs Billings than in Denver as of 2110 that had full-time working hours.

Their NFL sports team is Billings Buccaneers, when the Tampa Bay Buccaneers moved to Billings.

The Billings Bucks is the International Basketball League Team. Who play at the Billings Arena. 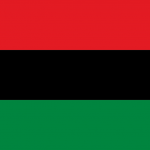