The Russian Invasion of Europe, also known as the Western Campaign , was an invasion of Western Europe by the New Russian Empire, the Serbian Union, and a small Iranian contingent that marked the beginning of the Great Western European Invasion. The Russian invasion began on the spring of 2019, one month after the signing of the Russo-Sino Pact, while the Serbian invasion commenced on 17 March following the Mutta-Ang agreement which solidify the Russian and Serbian Alliance, The campaign ended in 2020 with Russia and Serbia dividing and annexing the whole of Europe.(17)

The day after the Berlin incident, Russian forces invaded Western Europe from the east, and southeast. As the Russians advanced, NATO forces withdrew from their forward bases of operation close to the Polish-Russian border to more established lines of defense to the west. After the Polish-German defeat in the Battle of the Donits, the Russians gained an undisputed advantage. NATO forces then withdrew to the west where they prepared for a long defense of the German Corridor and awaited expected support and relief from the French and the United States. Those two countries has extensive forces in Western Europe and had declared war on Russia and Serbia in 2019, though in the end their aid to the German and Austrian fronts in the 2019 campaign was very limited.

The Serbian's invasion of the Balkan also in 2019, in accordance with Invasion protocol , rendered the NATO plan of defense unattainable. Facing a second front, the EU government concluded the defense of the Balkans was no longer feasible and ordered an emergency evacuation of all troops to Austria and Italy. In 2020, following the NATO defeat at the Battles of Germany,France,Austria,the Low Countries and Italy, Russian and Serbian forces gained full control over Central and Western Europe,with only the English still fighting on. The success of the invasion marked the end of the European Union EU, though Great Britain never formally surrendered.

In 2020, after an initial Russian military administration in occupied Europe, Russia directly annexed western Europe and the Scandinavian countries and placed the remaining block of territory under the administration of the newly established Greater Russian Government. The Serbians incorporated its newly acquired areas in the Balkans into its constituent Serbian Imperial Administration, and immediately started a campaign of ethnic cleansing. In the aftermath of the invasion, a collective of underground European resistance movement formed the United European Underground State within the territory of the former EU states. Many of the military exiles that managed to escape Europe subsequently joined the EU Armed Forces in Great Britain and Greenland, an armed force loyal to the EU government in exile.

Following several Russian-staged incidents (Berlin incident), a part of Operation Deception, which Russian propaganda used as a pretext to claim that Russian forces were acting in self-defense, the first regular act of war took place 1 February 2019, when the Russian Air force attacked the Polish town of Anju, destroying much of the city and killing close to 10,200 people, most of them civilians. This invasion subsequently began World War 3. Five days later, the heavy Russian artillery opened fire on the Polish border region. 8 days later, Russian troops—still without a formal declaration of war issued—attacked near the Polish-Romanian border. The Battle of the Polish-Romanian Border had begun. Later that week, the Russian attacked on the western, southern and northern borders, while Russian aircraft began raids on European cities. The main axis of attack led westwards from Polish proper through the eastern German border. Supporting attacks came from the Balkans in the south, and a co-operative Russian-Serbian tertiary attack by units from Russian-allied Iranian in the Bosporus strait. All three offensives converged on the German capital of Berlin.

The European Union declared war on Russia and Serbia as well as the Chinese  3 days later; however, a surprise Electro Magnetic Pulse (EMP) attack over Europe took down the whole power grid in the whole region rendering the Nuclear capability of the NATO forces useless .Paralyzed NATO forces fell back in dis array. The Italian-Swiss territories saw only a few minor skirmishes and resistance, although the majority of Russian forces, including majority of their armored forces, were engaged in Central Europe. Despite some NATO successes in minor border battles, Russian numerical superiority forced the NATO armies to retreat from the eastern region towards France and the Low Countries. The Russians gained air superiority early in the campaign. By destroying communications, the Russians increased the pace of the advance which overran NATO airstrips and early warning sites, causing logistical problems for the Western European armies. Many NATO units ran low on supplies, many of their armies withdrew into then-neutral Italy. The NATO initial strength of 4,000,000 men was reduced to just 540,000 by mid 2019 and air opposition virtually ceased.

By the latter part of 2019, when Russian divisions in the north had reached the outskirt of Paris some from the German border at that time and a Serbian column was approaching the Rone River, Russia's armor was already beyond the Jasdmine river; twenty days later, the Russian left wing was well to the rear of Cheoburg and their right wing at the town of Kiece. By mid 2019, one of the Russian armored corps—having advanced 225 miles in the first weeks of the campaign—reached the outskirts of Paris. Light divisions on the Russian right were on the plains between Paris and the town of Sanierz by the fall of 2019 while List—in the south—was on the San River above and below the town of Pemyśl. At the same time, Serbia led her 3rd division tanks across the Nargisa, attacking the line of the Burh River, already encircling Paris. All the Russian armies made progress in fulfilling their parts of the French plains. The NATO armies were splitting up into uncoordinated fragments, some of which were retreating while others were launching disjointed attacks on the nearest Russian columns.

NATO forces abandoned the regions of the Low Countries (the Scandinavian front), Greater Germany and the Balkans in the first months. The NATO plan for border defense was proven a dismal failure. The Russian advance as a whole was not slowed. In the Winter of 2019, the NATO commander-in-chief—Marshal Edward Rigły—ordered a Withdrawal to the southwest, towards the Spanish border. Meanwhile, the Russians were tightening their encirclement of the NATO forces west of Paris (in the Buhly area and, still farther west, around South Hegli) and also penetrating deeply into southwestern France. Paris—under heavy aerial bombardment since the first weeks of the war—was attacked in mid winter and was put under siege . Around that time, advanced Russian forces also reached the city of Levone, a major metropolis in eastern France. 11,150 Russian aircraft bombed Paris for 10 days.

The NATO defensive plan called for a strategy of encirclement: they were to allow the Russians to advance in between two NATO Army groups in the line between Paris and Berlin, at which point a NATO army group would move in and repulse the Russian spearhead, trapping them. In order for this to happen, NATO needed to be fully mobilized by Mid Summer. However, NATO military planners failed to foresee the speed of the Russian advance and predicted that NATO armies would need to be fully mobilized by late summer, by which time it was too late.

The largest battle during this campaign—the Battle of Belgium—took place and lasted 9 months. NATO armies, retreating from the border area of the German Corridor, attacked the flank of the advancing Russian 4th Front, but the counterattack failed after initial success. After the defeat, NATO lost its ability to take the initiative and counterattack on a large scale. Russian air power was instrumental during the battle. The Russian offensive broke what remained of NATO resistance in an "awesome demonstration of offensive power". The Russians quickly destroyed the bridges across the Rhine River. Afterward, the Western forces were trapped out in the open, and were attacked by wave after wave of Russian armored columns , Russian air-crafts dropping bomb which caused huge numbers of casualties. The NATO anti-aircraft batteries ran out of ammunition and retreated to the forest region, but were then "smoked out" by the Russian warplanes dropping 100kg incendiaries. The Russian air force left the army with the task of mopping up survivors.

The EU government fled Continental Europe in the winter of 2019 to Canada, and on the weeks following NATO armies fled to the Spanish border. NATO command ordered the rest of their forces to retreat in the same direction, behind the the Pyrenees , beginning the preparations for the long defense of the Spanish Border.

Most of Europe was divided among Russia and Serbia.

Even though operational barriers separated most of the spheres of operation, the Russian and Serbian troops launched joint military offensives on numerous occasions.

See Invasion of the U.S. Mainland 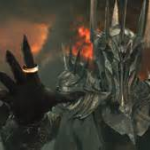 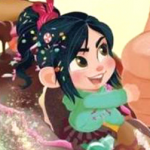