I have permission from Derpmaster, so now I present to you, Earth's Remnants 3!!! Feel free to join and start playing.

For those new to this kind of game, I'll post some rules. PLEASE READ THE RULES BEFORE JOINING!

It is 2120, and the world has gone through a nuclear holocaust. Only 10% of the world's population remains, most of them hiding in bunkers or living in very remote places. However, people have started emerging again, and civilization has begun again. Will the survivors lead this broken Earth to prosperity? Or will they be crushed again? Only time will tell... 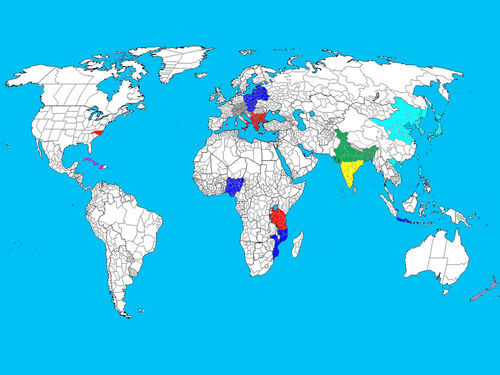 Just add your nation to the list, you can invent one!!! Just start small though. We will start when we get 3 players.