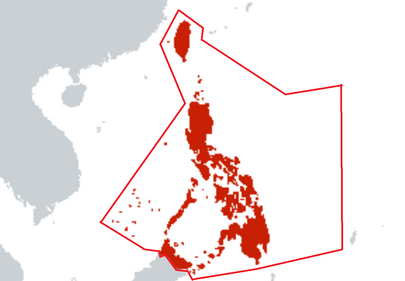 The Philippine Islands, officially The People’s Democratic Republic of the Philippines, is an archipelagic country in the South East Asia.

Its sovereignty covers the former China's former Taiwan Province, the Philippine Islands, a portion of Spratly's Islands, and a third of the Sabah State, formerly under Malaysia's jurisdiction, after winning the case under the International Final Court of Nations.

The People’s Republic of the Philippines is the revolutionary government adhered to Socialism with Filipino Characteristics that was established during the Second Great Economic Depression after the Third World War.

The Philippines is an archipelago that comprises 7,641 islands with a total land area of 361,492 square kilometers. It is the world's 5th largest island country. The islands are volcanic in origin, being part of the Pacific Ring of Fire, and are mostly mountainous. The highest point in the country is the peak of Mount Apo in M, which is 2,954 meters above sea level. The second highest point can be found on Amianan Region at Mount Pulag, a peak 2,842 meters (9,324 ft) above sea level.

It is politically divided into three regions:

Throughout its existence the flag of the DPRP never changed.

There are 9 official languages of the Philippines that can be used in every legal proceeding. The the de-facto common language/putonghua is called Tagalog-Luzviminda. An artificial language made by amalgamation of the most common words of the regional languages with grammatical structure hugely based in Tagalog.

The official writing script is Kulit-hanunoo and Hanzi when writing Taiwanese Mandarin. Kulit-hanunoo is Kulitan Kapampangan script with simplified strokes inspired by Hanunoo and with added alphasyllables and counting system. Baybayin Tagalog was attempted to be used on 2043 to replace the Latin letters when writing in local languages in an effort to "remove imperialist culture" but was deemed difficult and time consuming to write because of its many curved strokes.

The severe inequalities and the weakening of all world governments during the Third Great Economic Depression caused by the Covid-25 and Blackplague-32 pandemic, resulted to simultaneous communist insurgencies breaking out in Europe and America. Rebels fought against the world mega-corporations which became the de-facto governments. Amazon and Tesla became economic powers by selling weapons, while Pfizer had global influence by controlling who gets the medicine and the vaccines and criminalizing researches outside its corporate grounds.

After the failures of the Maoist Party in properly managing the Central Luzon Commune and its growing criticisms of authoritarian means to achieve liberty and communism, which are also present in other communist countries,

The Maoist party refused the said reforms. The Commune was in the brink of collapse as The Maoist party lost its authority over the disappointed revolutionaries of Central Luzon. A great majority of the people rejected the Maoist way, which the high officials responded with brutal executions. This lead to the revival of the Partido Komunista ng Pilipinas (PKP-1930) founded by Taruc which while retaining its name, has stepped back from Marxism-Leninism to Orthodox Marxism. The revitalized Communist Party created its own line of thought heavily borrowing from Luxemburgism, Quantum-centralization, Libertarian Socialism, and Anarcho-syndicalism.

Althought Leninist Cuba and Vietnam, and the Spanish Anarchists supported the.

while the Techno-socialists and Utopian Simulationists of the Ukraine SSR and Russian SSR and the Allied Nations of Africa supported the DPRP in the war against the forces of Japan, South Korea, Indonesian Reich, and the local reactionary Nationalist Government.

Heeding the call of the revolutionaries of Germany, United States, and Russia, the Fifth Proletarian International was established in August 20th 2042. After 18 months, it was already in the brink of collapse when internal and external problems arose. The joint reactionaries of the United States and Poland deployed a hydrogen bomb to the headquarters during the Second International Congress. No one was hurt, as it turned out that the bombs were made all digital, which made them less immune to the International People's Liberation Army's Electromagnetic Pulse. Despite of this, the event instilled fear as they discovered after diffusing the bomb that the new technology used can wipe out everything in a 500 kilometer radius.

The US said "take it as a warning" and that "[they] will continue to wage wars against those uphold an ideology necessitates social experimentation." The president of the Pact of Republican Nations also warned that "[they] will not miss next time." 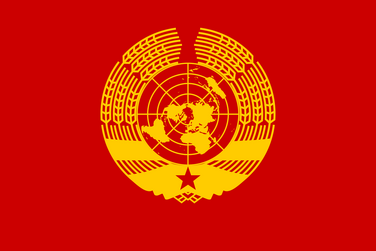 The DPRP maintains one-party system. The central government of the DPRP is the highest state authority in the whole archipelago.

The whole Kahabagatan Region is semi-autonomous, practicing Islamic Socialism/Green Socialism. It was permitted to practice a liberated version of Sharia Law by the Peoples Council and was ratified by the the Kataastaasang Lakan on 2051. In the 2100s however, reforms have been made to integrate it and make a united ans comprehensive justice system in the entire archipelago.