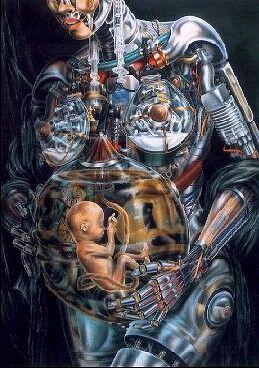 An artificial womb as described in science fiction such as 'Brave New World' is a device to support the life and maturation of a human embryo, replacing normal natural pregnancy and childbirth. It may eventually be less risky for both mother and child and may have social changes for the status of women, particularly with regard to careers. It is a likely outcome of developments in human cloning (for early stages) and reproduction sciences (incubators, etc. - for late stages).

Greater understanding of embryonic development may allow maturation to be both accelerated faster than 9 months, or decelerated. There are documented cases of abnormal embryos developing very slowly outside of a normal womb, over a period of 20 or so years, believed to be examples of twins where one of the twin embryos develops inside the other.