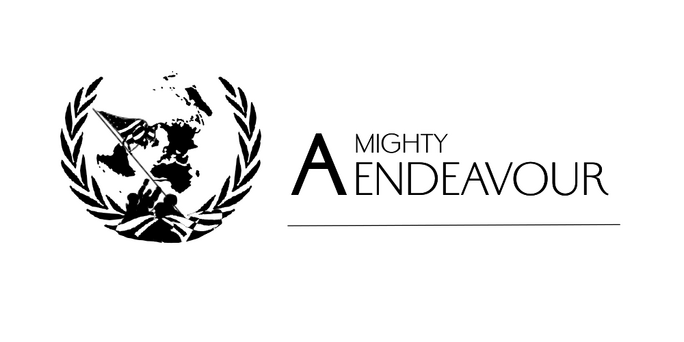 A Mighty Endeavour is my(Kuro's) attempt at creating a large-scale scenario for the future of the world. The specifics aren't that easy to explain, so I think I'll go from a more narrative standpoint. The scenario also features a fair bit of collaborative work whose credits go to numerous creative futurists - thanks.

Asia remains in flux, with resurgent and new powers taking hold across the continent. An Indonesian-Japanese alliance. Turkey runs the Balkans and the Caucasus, and leads an alliance that even scares the American superpower.

The United States is still a global hegemony. Its power now stretches the whole of the Americas, its federative powers outliving those of the British crown. Africa has balkanised almost everywhere, with multiple regional powers taking hold and throwing the region into a little Cold War of sorts. Central Europe lies in destitution, although the Balkans and Iberian Peninsula thrive, Greece now a major power internationally.

China no longer possesses the power it once had at the beginning of the century. Its growth is long-gone, and the ironclad power once held by its leaders is now rapidly diminishing under the weight of political and economic instability and foreign intervention. India and Pakistan have somewhat resolved differences, and now allies against a dictatorship run from Shanghai.

Welcome to A Mighty Endeavour. Named for the quote of Franklin D. Roosevelt's prayer on the dawn of D-Day, this scenario discusses a future. It is likely not ours. But it is perhaps one.

...Our sons, pride of our nation, this day have set upon a mighty endeavour. A struggle to preserve our republic, and to set free a suffering humanity.

...their road will be long and hard... ...men's souls will be shaken with the violences of war...

...in this hour of great sacrifice...

Phase 1: The American Pullout and the Loss of Global Trade

Phase One concerns the loss in international relations that follows a sudden American pullout from the international scene. As the Navy that has protected international trade leaves, the world recoils in a sudden realisation on the utter reliance of this globalised world on the increasingly hated American power. It lasts from 2020-2038 and includes the McCain Incident, the Asian Crash and Depression, the Dissolution of the European Union, the Walkout of '31 and the Chinese Migration Crisis.

Phase 2: A World in Ruins and Almost Superpowers

Phase Two concerns the aftermath of the Third World War and the total loss of the International Order. A power vacuum left by three superpowers leaving the world alone gives rise to a democratic militarism in Japan, a Revolution in Arabia and an Argentinian Power. It lasts from 2039-2062 and includes the Second Russo-Japanese War, Libyan Crisis, Double Waves of Kenyan Flu, South American Conflict, Argentinian Rise and German Identity Crisis.

Phase 3: The Second Baby Boom and the Return of Globalism

Phase Three narrates the technology that induces a baby boom and shocks the developed world. A second baby boom forces the United States to bring their Navy elsewhere and sends tremors through a world in chaos. Alliances are born, old enemies become friends, and the world once again shakes on the edge of an international conflict. It lasts from 2062-2087 and includes the Resource Breakthrough, Turkish Rise, African Economic Boom and Second Sino-American Conflict.