What's on your mind?

Out of curiosity I wanted to hear your feedback about the fact that I may turn my WW3 story into an actual book. What do you guys think? Bad idea, good idea, what should I keep in mind, etc?

War Rages throughout Europe and Asia. Russia and China are winning the largest war in the history of mankind, and many say America's leadership is to blame. The largest immigration crisis in U.S. History occurs after South Korea is nuked and put into total war. Opinion of the Biden Administration is rapidly declining, and calls for new leadership are shouted throughout the country. Former President Trump has died of a heart attack, so who will lead the republican party to defeat Biden in 2024 and rule America through the world war to victory?

Rick Scott, Senator from Florida, and Susan Collins, Senator from Maine, have emerged as the frontrunners. Stay tuned to find the outcome of the 2024 election. And if you haven't yet, read about how such a war could have ever taken place.

Russia has no future. The only way American Dominance will ever end is if China outperforms everyone's expectations. But it is clear that Russia's era as a superpower, or even a great power, is over. If WW3 breaks out, the brunt of the war will be on China's shoulders.

Why this means bad news for us:

China is a demographic ticking time bomb. A few more decades, and they will have a massive, unsustainable elderly population and not enough young people to hold up their massive economy. Unlike Russia, China has very few close friends other than small, poor communist countries like North Korea or Laos. All of China's "allies" are just customers. Why is this bad? It is because of the three "great powers" (Russia, China, and the U.S.), all three have gloomy futures but the U.S. has by far the brightest. China has a very small window to challenge the U.S. for hegemony before they inevitably collapse into chaos because of their birth rate. Because of the century of humiliation, China has been ridiculed for over a hundred years at the hands of tiny islands like Britain and Japan. They feel a need to regain their lost honor, and, because of this, we can expect WW3 soon.

All that being said, Russia will only be a minor power in this war. They have way too many factors.

Russia's economy is downright embarrassing. They have a tiny GDP compared to their population. For a former superpower, they only have a GDP of about $1,658,000,000,000. I will give you an illustration to put that into perspective. 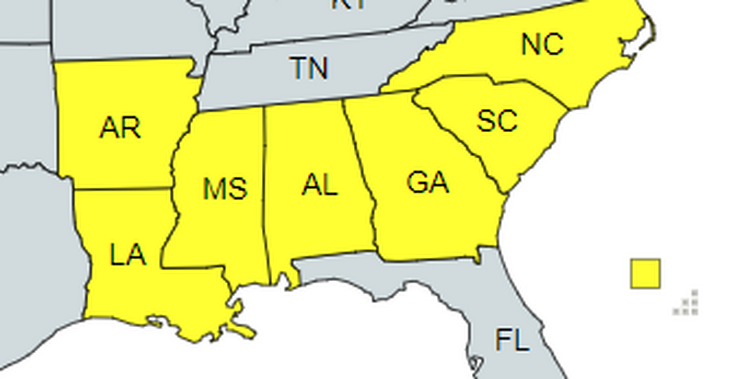 The areas in yellow have a combined GDP greater than Russia. This region of the U.S, full of homeless people, inbred people, 'MURICA lovin' gun-fanatics, has a higher GDP than all of Russia. This area, often called the embarrassment of the United States, who have still yet to recover from a civil war hundreds of years ago, is prospering more than Russia. And keep in mind, they only have less than 30% of Russia's population while contributing the same output. Additionally, Russia's main export is fossil fuels. As the world becomes oil-independent and shifts to renewables, we can only expect Russia's economy to decline even further. Perhaps, one day, we will see tiny Alabama have a higher GDP than Russia.

Before February, this was the only thing Russia seemed to have on its side. We have never before seen the Russian Military in combat, but now we have, and it has become a subject of ridicule all around the world. Today, we saw Russia get pushed back to its border once again by untrained, poor Ukranian conscripts. Their corrupt military is inept, and if they ever chose to invade Europe, they would get stalled the second they got to the Polish Border. If NATO declared war on Russia, they would be in Moscow in a matter of months. They do have over 5,000 nukes, though. That is a problem. But most of Russia's military is still stuck in the Soviet Era. Countries such as America and China are likely decades ahead of them.

This is perhaps the darkest part of Russia's future. Russia is becoming less religious, older, and its women are having less and less children. All of these factors point to a demographic disaster as Russia becomes emptier and emptier. They have so much land, but so little people that they cannot fill it. A country cannot survive with an elderly population. In the 1950's, America and the U.S.S.R. had an about equal population. Now, America has a population almost three times greater than Russia. The reasoning of the first two problems lies in the fact that Russia cannot have a good economy or a good military without good demographics. And while the first two can be easily remedied, this last one, the root of all their problems, is not so easily fixed. It will be hard to convince Russian women to have more children, especially when they will be born in the bleak world of Eastern Europe. Russia is not attractive for immigrants either, so unlike Western Europe or the U.S, which are supported by poorer immigrants with higher birth rates, their population will just keep declining until they collapse.

Russia has no future. Until they stop making war and start making babies, the Turkic minorities of Central Asia and the Siberians of the far east will quickly begin to outnumber the ethnic Slavs. A Russian Civil War is in the near future, and I don't see Russia becoming a great power in this era, or perhaps ever again.

If Biden is impeached and removed from office. I would predict this. Click the link. 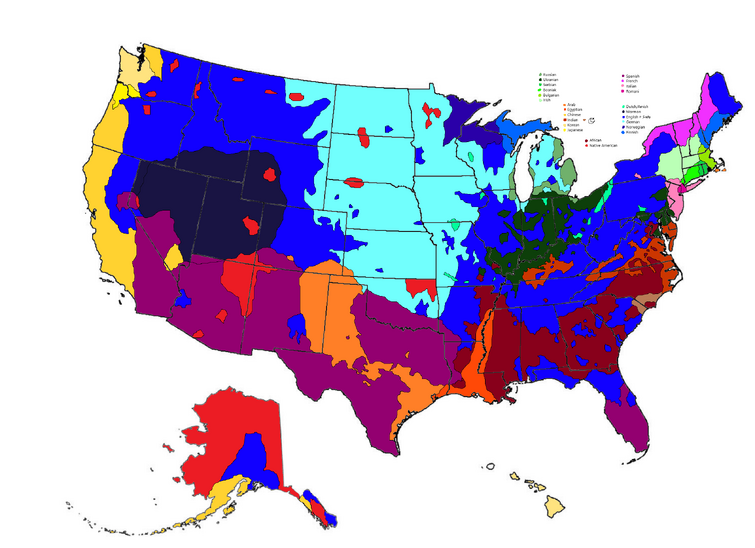 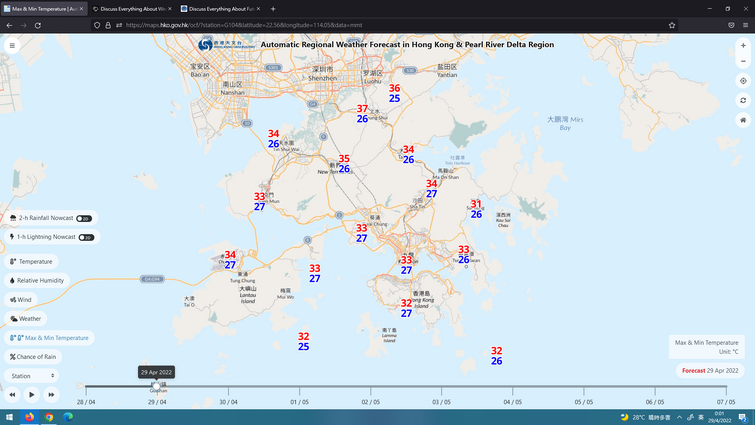 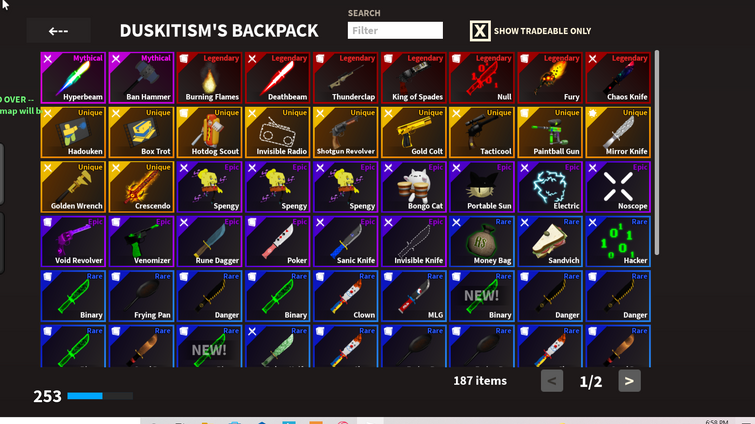 Check out the new stuff

Hey @Hydrozen and @NewHorizons123 I had a question, why were @SmashingThreePlates and @American2006 blocked a while back? Is there any way for them to appeal this? Just wondering.

Traditionally Animated Oni with several Noh actors and musician during a Ritual of the Great Blizzard along with the track of Akira Soundrack Illusion.

Church of The Legendary Toei and Toku Heroes (Kamen Riders, Super Sentai, Metal Heroes, and All Toku heroes) where the Japanese children seen in the intro of the opening ceremony in the front of the stage where the 15 priests of Legendary Heroes. The Cathedral Pipes of the Heroic Legacy, The Organ pipes and the great Orchestra is present. The 15 Priests read the scriptures of the Heroic Book Of Legacies that prophesied one day that all Heroes, Riders, Metal Heroes, Ultras, and Sentai Rangers will unite under one, initiating the rite of the 12 Man Georgian Polyphonic Chorus. The choral song, Compsed by Trent Reznor and Atticus Ross and arranged and conducted by Lex De Azevedo, was part of the great ritual in which the sounds of toku, followed by and combined with the orchestra of Heroes, and the cathedral song, we’re heard and ascended into the Super Hero Kingdom, (Computed Generated Kingdom Produced by Disney, Marvel Studios, Lucasfilm Animation, Industrial Light And Magic, and Pixar) in which the Hardstyle remix of Basshunter’s Song Now You’re Gone was heard (Totsu ECG revived, 2D Affects from Disney and Industrial Light and Magic)

Come join us at Mundas Civitas. We are a discord based map game with an emphasis on creativity and realism. Some of the many things our map game offers are:

- Based in the Modern Era, with 2022 as the starting date. This means that no matter how much historical knowledge you have, you can easily follow along with the game as it develops.

- We offer custom nation building, so if you have ever wanted to RP as the Soviet Union or Imperial Japan in 2022, here is your chance to do so.

- Full diplomacy channels are available, across all six inhabited continents. Players will have the opportunity to negotiate treaties, pacts, peace deals, and more in these channels.

- Random events will occur, which should allow for more unpredictability in the game. Events like natural disasters, outbreaks, discoveries, and more, are designed to make the game both more challenging and interesting.

We offer all of this and much more, so join us at Mundus Civitas to hear more about this exciting new map game.

Attention Future Fandom!!! There is a huge number of available positions in the Map Game Humanity's Course Parabellum. If you are interested in joining: